Please find some links and notes from the 2 Regular Guys Podcast. Learn Social Media and Marketing from one of the best in Jay Busselle. He has been a pioneer in our industry when it comes to social media, starting the ever popular Twitter Chat #promochat and is always on the cutting edge. Get some great tips from Jay, Erich and Terry on this weeks show.

Our regular listeners know this, but 2 Regular Guys are all about garment decorating, a bit of fun, and no rants or lectures or selling. We are not doing this for our employers, but rather for our industry. Since February 2013, The 2 Regular Guys have been the first and the most listened to garment decorating industry podcast on this planet! We are humbled by all of you tuning in each week. We work hard to bring you information that will make your business better, and our industry better. Take a look at our incredible weekly guest list and you’ll understand where this industry goes for news, interviews and the heartbeat of garment decorating. Thanks for listening!

Erich: Jay, let’s talk long term. Talk to our listeners about, as you put it, “the value of a customer for life.”

Terry: Let’s talk about the UVP – the Unique Value Position.

Erich: We know you Jay as a man with a plan. Let’s talk about decorators who roll the dice and wait for something to happen, and those who make a plan for marketing campaigns.

Terry: Jay, I’ve heard you more than once talk ABM. What is it, and how do we do it every single day?

Erich: We all know we’re supposed to be using social media, but then you have someone like Terry here with 15,000 Twitter followers and according to Aaron, not doing much with it. Talk about social media marketing.

Terry: Jay, talk to us about, and I’m going to use your words again, “Show me the magic!”

Self promotions are magic

Erich – Jay, tell us about your #PromoChat get-togethers on Twitter.

Terry: Where can our listeners find you?

Jay Busselle – began his screen printing and graphics career reportedly sometime in the 80’s in Mr. Perry’s graphics class at East High School. Jay started printing “unofficial replica” T-shirts of his favorite surfing, skiing and skateboarding companies, as well as a few bands which will remain nameless. It didn’t take long before he was working for a screen printer, and soon thereafter his family-owned promotional advertising agency. It’s been over 25 years and Jay is still hanging out with promo peeps and apparel geeks, pretending to grow up! Jay is the founder of a weekly Twitter chat called #promochat and has been ranked as high as #13 on the Stitches Power 75 list. He is the recipient of two REGGIE Awards for industry excellence. Jay is a highly rated industry presenter and accomplished trainer but is most proud of his 6 children. Yes, 6! He knows what was causing it and isn’t having anymore – thanks for checking. Jay’s favorite title is CTO – Chief Taco Officer!

This show is brought to you for a full hour by:

Specialty Graphics Imaging Association – SGIA will continually strive to be the foremost resource for information and education within the specialty imaging industry. SGIA supports the digital and screen printing community in the USA and Canada by providing services and activities specific to their interests. While the majority of SGIA services and activities are specific to US and Canada, SGIA will continue to partner with national and regional associations around the globe to continually develop the international community. The SGIA National Affiliation Program brings together a multinational community to enhance awareness and encourage the exchange of information. Supporting the Leaders of the Digital and Screen Printing Community

SubliSource – Sublimation just got easier with the launch of sublisource.com, the new US distributor for Best Sublimation. Our mission is to help our partners grow with a different way of doing business compared to all the “Me too” distributors in the United States.

Screen Printing: A Practical Guide to Starting Your Own T-Shirt Business 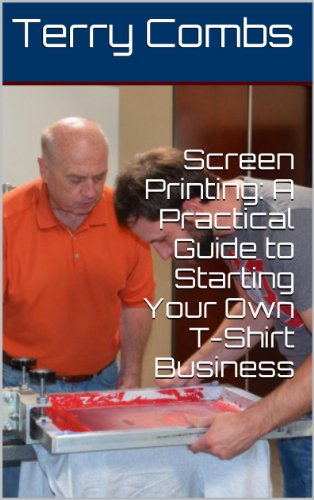 Direct-to-Garment: A Practical Guide to Starting Your Own T-Shirt Business 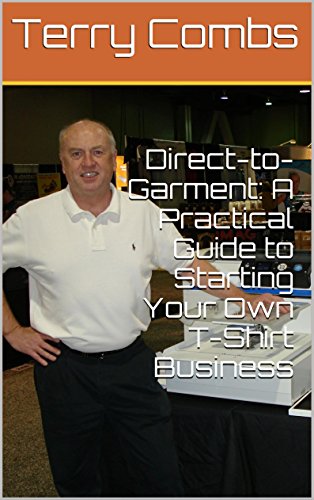 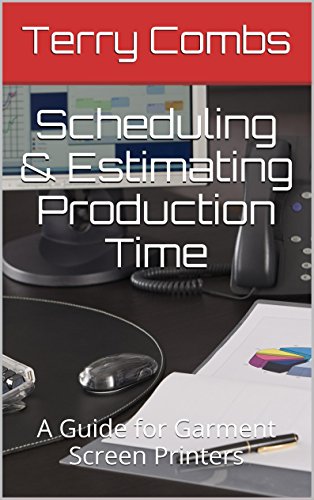 This show is for the listeners so please make sure to ask us some questions or give us some topics you would like us to discuss. Also, if you have any event or upcoming items related to our industry that you would like us to bring up on the show, please contact us via our Facebook Page. Also, make sure to interact/follow us on Twitter, Instagram or Google +. You can also find information on our YouTube Page.

< All-Over Printing with Sublimation > Understanding Who Your Customer Really Is

This site uses Akismet to reduce spam. Learn how your comment data is processed.